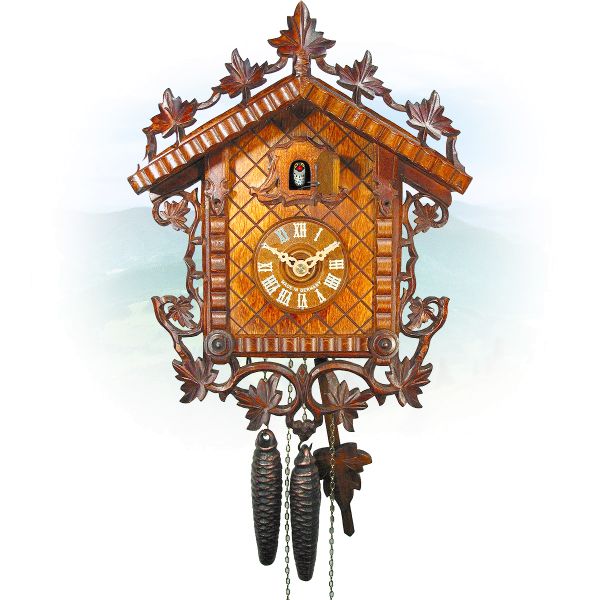 For customers outside the EU our shop will substract the VAT during checkout. Any custom duties and taxes must be paid by the buyer.

This Item is the famous Bahnhaeusle cuckoo clock or railway station clock. A special traditional cuckoo clock, designed as a reproduction of the first original railway station clock. This 1885 clock was commissioned in honor of the workers of the world famous Black Forest Railway Line. The railway was built through the very mountainous Black Forest in the 19th Century, under greatest effort from the workers. To honor this great work, this clock was built in imitation of one of the 19th century train stations, and given to the workers. Wooden dial, hands, cuckoo, pendulum.

Note: The product may differ slightly from the picture, because each Black Forest Cuckoo Clock is unique.